Series / Simon and the Witch 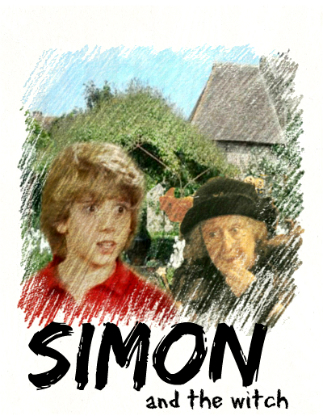 Simon is an ordinary schoolboy whose best friend happens to be a large, fun-loving and occasionally reckless witch. Of course, no one except Simon and his friends believes this. To the adult world, she is simply an elderly eccentric and their views on her range from poor old lady to outright nuisance. Simon's school, holiday and home life are all enlivened by the presence of the witch (her name is never revealed, indeed she doesn't seem to have one) and by her furniture-eating cat, George. Other characters in Simon's life include his schoolmate Jimmy Watson, school swot Sally, and his long-suffering mother, while later stories added the upper-class Cuthbert and sweet little girl, Angelica.

Simon and the witch first made their debut in Margaret Stuart Barry's book of the same name in 1976 and seven more books followed, becoming a mainstay of children's fiction and school libraries in the UK throughout the 1980s. Each book originally told six separate short stories but from Simon and the Witch in School these became chapters in a continuing narrative. The books, published in paperback in Young Lions, were:

Two TV series, a total of 25 x 15-minute episodes, were made by the BBC and first aired on Children's BBC in 1987-1988, being regularly repeated and last appearing on BBC Choice in the early 2000s. The first series adapted and expanded upon Simon and the Witch in School and the second did the same for The Witch and the Holiday Club, though all simply aired under the title Simon and the Witch. The scripts were by Valerie Georgeson, the producer was Angela Beeching and the director was David Bell.

Simon and the Witch provides examples of:

Alternative Title(s): Simon And The Witch