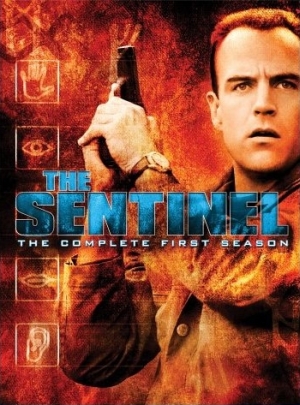 "In all tribal cultures, every village had a sentinel. Now, a sentinel is chosen because of a genetic advantage — a sensory awareness that can be developed beyond normal humans. Your time spent in Peru has got to be connected with what's happening to you now. I've got hundreds of documented cases of one or two hyperactive senses but not one single subject with all five. You could be the real thing."
— Blair Sandburg
Advertisement:

The Sentinel aired in the mid- to late 1990s on UPN. A cross between a Cop Show and Sci-Fi, it followed the life of Detective Jim Ellison and his civilian partner, Blair Sandburg.

Ellison, the sentinel, has five heightened senses and a genetic predisposition to protect his tribe. In this case, the city of Cascade, Washington. Blair is an anthropologist who specialises in ancient cultures, specifically the mythic tribal watchmen of old, and has a predisposition to attract every psycho to set foot in Cascade. Blair acts as Jim's guide, teaching to use his senses and act like a half way nice guy. Jim acts unofficially as Blair's 'blessed protector' by keeping Blair from getting killed by the various psychos he attracts.

Not to be confused with The Sentinel (1977) with Cristina Raines or The Sentinel (2006) movie starring Michael Douglas and Kiefer Sutherland.

The Sentinel provides examples of: