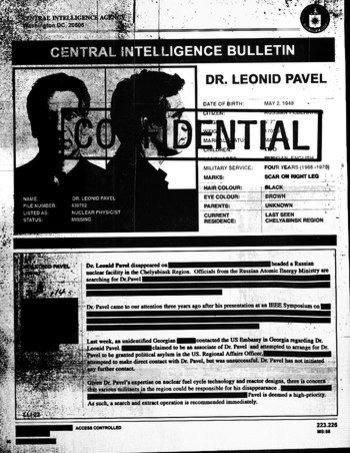 Running out of black ink again...
Joe Quincy: The report exists?
Leo McGarry: Well I can't tell you that, Joe; it was classified. But I can tell you it was classified by the Defense Department.
— The West Wing, "Life On Mars"
Advertisement:

Information which is kept secret from most people, on an organised basis. A trope common in espionage and military fiction. Truth in Television, of course; governments (and other organisations) do keep formal secrets. Classification systems can range from internal documents that everyone at a workplace can immediately access and make an unlimited number of copies; to very rigid and quite complex compartmentalized systems, where the holder must go through arduous background investigations and have an official “need to know” in order to get access to, in most cases, only a small part of the puzzle.

In fiction, this often materializes as red tape used by characters in order to withhold certain information from others. This occasionally leads to Poor Communication Kills. (And that's Truth in Television too.) Often Played for Drama, but sometimes it can also be Played for Laughs. In more cynical cases, the classification system is abused by corrupt politicians and obstructive bureaucrats to cover up their misdeeds and embarrassments.

Of course this leads to the question as to why would someone even bother keep records of their misdeeds in the first place, as the only people who want to know about it are either the people already doing them or people who want to access them to expose what is inside. This is the equivalent of keeping incriminating evidence with yourself for no reason.

Compare I'd Tell You, but Then I'd Have to Kill You, Conveniently Interrupted Document, and Plausible Deniability. See also Over-the-Top Secret for the "greatest secret in the world" stuff, and Loose Lips for the dangers of accidentally letting slip useful bits of information in passing.