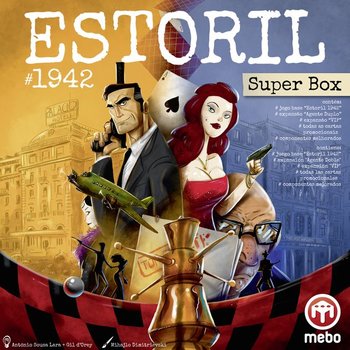 Estoril is small town near Lisbon, Portugal. Having a casino, beach and wonderful weather, the region was a center of diplomacy — and spying — during World War II.
"Let me pass on to you the one thing I've learned about this place.
No one here is exactly what he appears.
Not Mollari, not Delenn, not Sinclair... And not me."
— G'kar, Babylon 5 — "Mind War"
Advertisement:

It might even be that the number of posted spies are equivalent to, or even outmatches the numbers of regular citizens, potentially creating a Flock of Wolves situation. Taken to its logical conclusion, is not unlikely that most of the spies have ended up Going Native to some degree or another, because who else would be around to actually maintain the city and making sure that goods and services are still flowing otherwise?

These locations tend to occur in multi-polar 'verses (that is, with two or more power blocs) and are either neutral locations or the capital cities of the powers themselves.

If all the world's spies seem to work in the city a Spy Drama is set in, it's a City of Adventure. See also the Truce Zone, which is very often one of these. For when a group consists entirely of people who are meant to be infiltrating it, see Flock of Wolves.

Its vast number of spies might also be because a Decadent Court has set up shop here.

open/close all folders
Anime & Manga
Comic Books
Films — Live-Action
Advertisement:
Literature
Live-Action TV
Pinballs
Tabletop Games
Video Games
Western Animation
Real Life
As can be seen from the list below, if a city has been (or is) either the capital of a Great Power, or a focus of international conflict/intrigue at one time or another, it will become a real City Of Spies. Some of the best examples are: