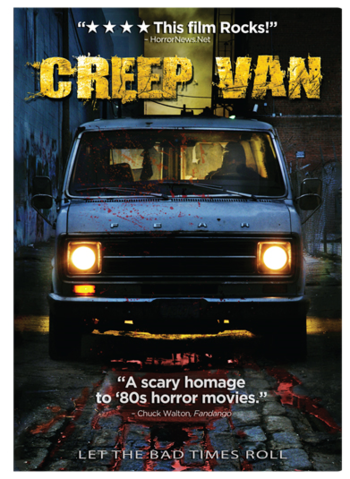 Creep Van is a Horror Film by Scott W. McKinlay.

Campbell is a 20-something guy who's lost a lot of jobs due to a lack of his own wheels. Despite this, he's FINALLY landed what he hopes is long-term employment at a car wash. While scoping out potential wheels, he spots a creepy-looking beat up van with a "For Sale" sign in its window, and decides that he wants to buy it, because a vehicle is a vehicle.

Except that this isn't just any ordinary vehicle. What Campbell doesn't know is that the owner of the van modified it heavily to be the ultimate killing tool. And while Campbell's been doing his thing, the owner has been using it to commit a string of murders.