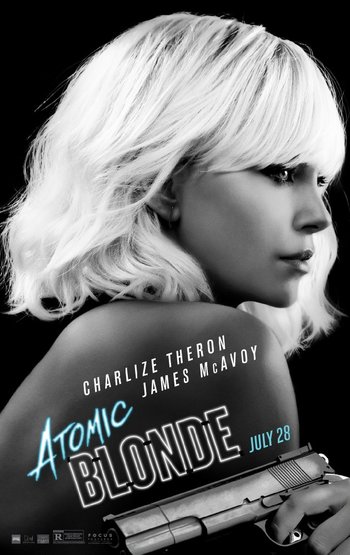 Atomic Blonde is a 2017 action/spy thriller film starring Charlize Theron, James McAvoy, Sofia Boutella, Toby Jones, Bill Skarsgård, Eddie Marsan, John Goodman and Til Schweiger, based on the 2012 graphic novel The Coldest City by Antony Johnston. It is the first solo directorial effort from David Leitch, one of the co-directors of John Wick.

The story is set in early November 1989 in Berlin, on the eve of the collapse of the Wall towards the end of the Cold War. Top MI6 agent Lorraine Broughton (Theron) is dispatched to the city to take down an espionage ring that has just killed an undercover agent, whom she had a romantic relationship with unbeknownst to her superiors. Ordered to cooperate with Berlin station chief David Percival (McAvoy), the two form a shaky alliance and violently pursue a dangerous threat to the West's entire intelligence operation.

A sequel is in development, to be produced by Netflix.