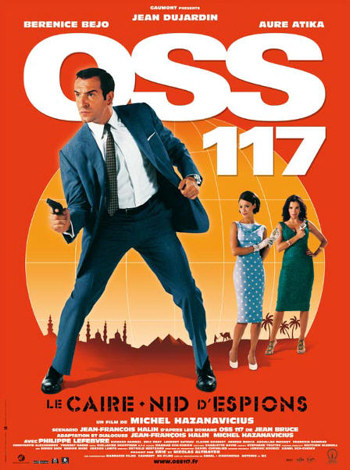 Hubert Bonisseur de La Bath, a.k.a. OSS 117, a French secret agent, is sent to Cairo in 1955 to investigate the mysterious disappearances both of another OSS agent and a ship full of illegal weaponry. His prowess in hand-to-hand combat and seduction is matched by his bumbling stupidity and utter ignorance of the Arab World.

Based on a not-at-all satirical series of spy novels by Jean Bruce, which first inspired some non-satirical Eurospy films in The '60s. Followed by two sequels, OSS 117: Lost in Rio and OSS 117: From Africa with Love.