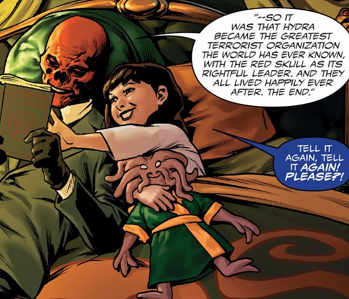 "How amusing... You say that what I'm saying now is a lie — yet what I said in the past is not?"
— Sosuke Aizen, Bleach
Advertisement:

Sometimes, exposition is put into the mouth of an unreliable figure. The result is an Unreliable Expositor. Frequently invokes Metaphorically True, or in-character research failure.

This includes exposition that is later proven to be flat out wrong, exposition from somebody later proven to be a lying liar who lies or is much less knowledgeable than they claim to be, or badly researched science in the mouth of somebody who either is willfully simplifying or is a liar, fanatic, or otherwise fundamentally unreliable.

Compare Unreliable Narrator, where the unreliable party is the storyteller instead of merely providing exposition. Related to Mission Control Is Off Its Meds, which concerns unreliable advice rather than unreliable exposition. May overlap with Motivational Lie.