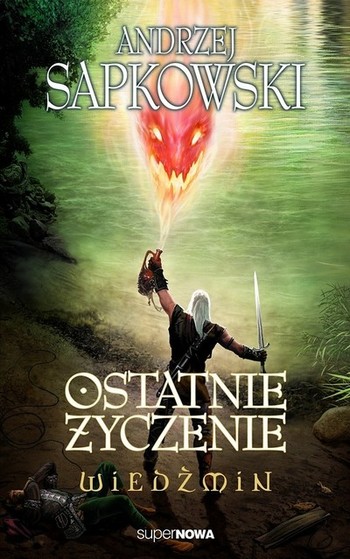 The first book in The Witcher series by Andrzej Sapkowski, originally in Polish but translated to English after the game became popular.
Advertisement:

It consists of six short stories framed by a seventh narration. While not an immediate part of "The Witcher Saga" (which spans books three through seven), it introduces most of its protagonists (Geralt, Yennefer, Dandelion) and foreshadows Ciri's origin.

As you may have noticed, the book is mainly a Deconstructor Fleet and Fractured Fairy Tales.