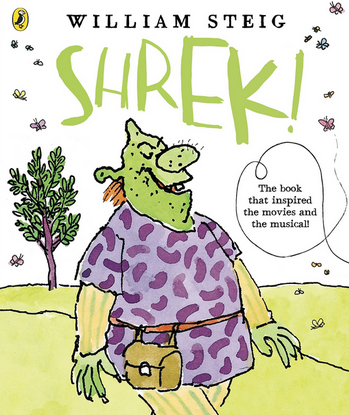 Yes, it was a book.
"One of the greatest novels in Western literature, and all everybody's asking is, 'Do you sing in it?'"
— Liam Neeson on being cast in a non-musical adaptation of Les Misérables
Advertisement:

Adaptation displacement is the phenomenon by which a derivative work becomes successful enough to overshadow the original work completely.

It can happen with any type of media, but it tends to happen most often when a little-known book is adapted into a successful movie or television show. Even popular works can disappear if the adaptation is successful enough.

This also happens frequently in foreign countries when The Film of the Book from American literature is made. While mainstream films made in the USA are very popular overseas, best sellers tend to be local, for example in Latin America, North American movies have bigger audiences than local films but the book market is dominated by Lat Am and European works.

This effect is not necessarily a bad thing for the original work; it will forever live on the shadow of its adaptation, but it is still a shadow people will look at. If a failed book gets turned into a successful blockbuster movie, the book will never be forgotten, as there will always be people reading it after seeing the movie for curiosity; even a bad movie adaptation that may seem like something that will ruin the reputation of the book may instead improve it by making the public appreciate the, much better, original story.

If writers of ongoing media surrender to adaptation displacement, it can result in Ret-Canon and Lost in Imitation.

Compare with Older Than They Think, Pop-Cultural Osmosis, More Popular Spin-Off, Covered Up, Breakout Pop Hit (the musical equivalents), Parody Displacement (when a work is displaced by a parody), Sequel Displacement (when a sequel is much better-known than the original and is mistakenly thought to be the first installment), and Audience-Coloring Adaptation. Contrast with First Installment Wins. May occur in tandem with Mainstream Obscurity for the source work. A subset of this happens when a series only has part of itself adapted but not the rest, so a lot of people are confused that the story didn't end where the film did. Adaptation Title Change frequently overlaps with this trope especially if the original story is relatively unknown.

This is somewhat subjective: It depends on your personal and cultural fields of reference, and most importantly on your age. Just because there must be someone out there who is more familiar with the adaptation than the original, it's not automatically an example of this.