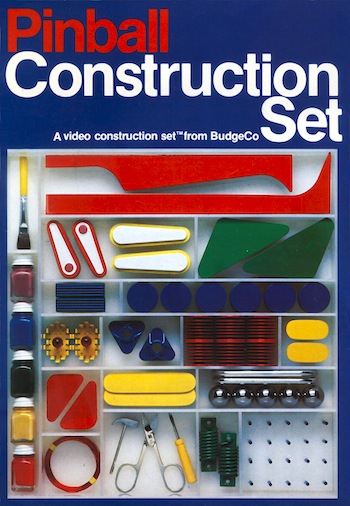 Due to the massive complexity of the majority of major programming languages, and the difficulty of actually learning them in the first place, a small-but-dedicated subgenre of software has arisen: the "game maker."

Simply put, a "game maker" is a software "toolkit" that usually contains a pre-designed framework for a particular type of game. Often, these toolkits will include art assets, a fairly simple (though robust and versatile) scripting system, and a pre-built "library" of sound effects, visual effects, sprites, and other game-design material.

The intent of the "game-builder's toolkit" concept is to permit even the most inexperienced and computer-unfamiliar person to design, test, and publish a basic game in a matter of minutes (as opposed to days, months, or years).

Such programming toolboxes usually come with some form of tutorial or instruction file, containing a general overview of the toolkit itself, along with some more in-depth (but very casual and easily-followed) instructions that are intended to walk a beginner through creating a very simple "starter" game. A complete, playable version of the tutorial/starter game is most often included with the toolkit, so that the truly-confused first-time user can examine the "finished version" to see how it was put together, and what it's supposed to look like when it's finished.

While it is possible to construct a commercial-quality game using these toolkits, it's often extremely difficult to do so — to save space and time, the art and sounds provided are usually a very small, basic collection, aimed at speeding development rather than enhancing the program.

Contrast with Game Engine. The main distinction between a Game Engine and a Game Maker is that Game Makers are very focused on a specific genre or style of game. RPG Maker will rarely

make anything other than Role Playing Games, whereas a real Game Engine can make a wide variety of styles of game. Game Makers are a step up from level editing, but not enough to be full-fledged game engines.

When looking at the games made with these, be warned: Sturgeon's Law is in full force.

The Stock Sound Effects used in the RPG Maker programs are commonly heard in fangames, and other videos, because they're easy to get.

Not to be confused with GameMaker Studio

, formerly known as GameMaker, which is sufficiently complex to be considered a full-fledged 2D Game Engine, or for that matter Garry Kitchen's GameMaker