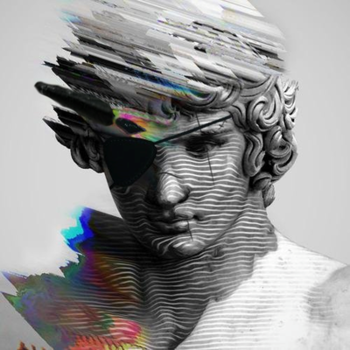 , describing the channel's MO with a rather blatant dash of their trademark Surreal Humor
Advertisement:

as a tribute, though after a storied career, it was sadly taken down in 2022. This page isn't about either channel (but you probably saw that bait-and-switch coming).

GiIvaSunnernote (pronounced "gee-vuh-sun-nr"; note that the third letter is actually an uppercase "i" and not a lowercase "L") was a collaborative project created by Chaze the Chat on January 2016. Inspired by channels that posed as LittleKuriboh during the height of Yu-Gi-Oh! The Abridged Series's popularity, GiIvaSunner mimics the name, avatar, and video metadata used by the real GilvaSunner. In typical uploads, an unsuspecting viewer might expect to hear the song promised in the title... and they would, but the song would be modified in some way, usually involving a meme or one of the channel's Running Gags (such as replacing the song's melody with the theme for The Flintstonesnote which is in reference to the 55 minute mark of this

In accordance with the above, the team has decided to sort the channel into six seasons: