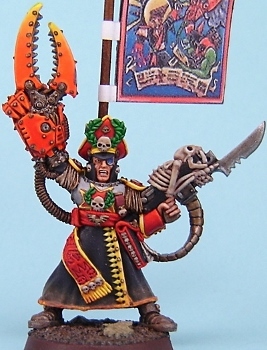 A bit worse than that crab that nipped you at the beach.
"Well, these claws ain't fer just attractin' mates!"
— Mr. Krabs, SpongeBob SquarePants
Advertisement:

Pincers and clamps as weapons. A common element for Giant Enemy Crabs and Scary Scorpions, as well as certain Big Creepy-Crawlies.

The pincers may be part of the creature's body, or some Artificial Limbs (compare Power Fist). Compare Shear Menace, where a character carries scissors as weapons.