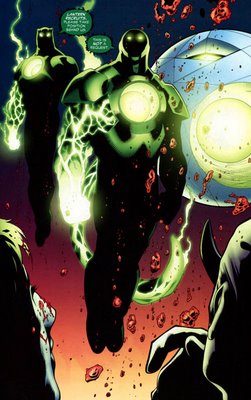 "Turn on your heartlight
Let it shine wherever you go
Let it make a happy glow
For all the world to see."
— Neil Diamond, "Heartlight"
Advertisement:

As dictated by the Rule of Cool, aliens, robots and magical creatures in fiction have a tendency to give off light from various places on their bodies, including eyes, mouths, veins, and markings. This trope is about creatures who have a single light source on their chest, which is usually either centred straight in the middle (as is the case with most robotic examples) or off to one side if it represents their actual heart. If the Heart Light shoots some sort of beam, it's a Chest Blaster.