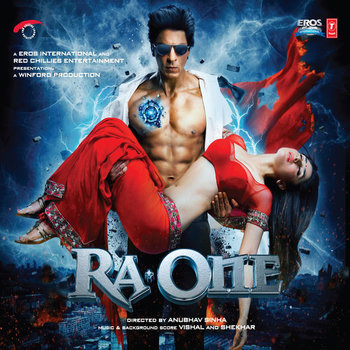 "Lucifer built me. He wanted a villain who would never die."
Advertisement:

A 2011 Bollywood scifi-action-comedy. Shekar Subramaniam, a computer game designer, at the urging of his son, creates a new game with a completely cool and completely unkillable villain: Ra.One. Naturally enough, this goes horribly wrong when Ra.One escapes from the game into the new world, with the personality of history's ten greatest bad guys and a grudge against Shekar's son. The only one that can stop Ra.One is G.One, the game's hero. But can even he beat a villain who never dies?