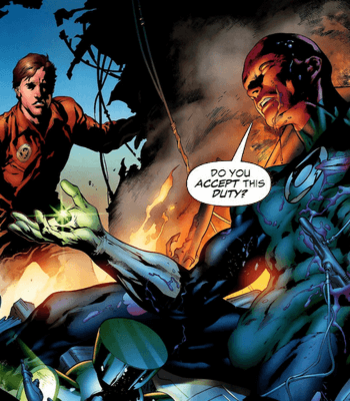 Compare with It May Help You on Your Quest, Plot Coupon and MacGuffin Escort Mission. Also see Almost Dead Guy, who passes on information instead of plot coupons. For transactions involving human beings, see Take Care of the Kids.

When a physical item bestowing superpowers is passed on, it may also count as Bequeathed Power. Alternatively, if superpowers are directly transferred without an item, it's likely to be that trope but probably isn't this one.