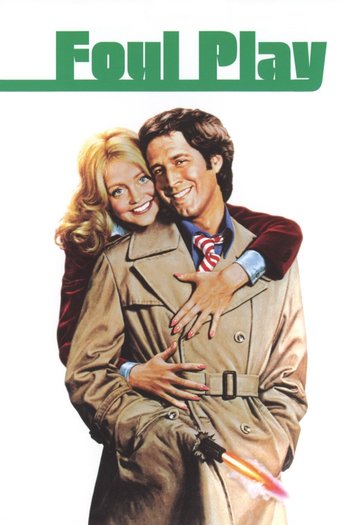 "Beware of the Dwarf!"
Advertisement:

Hawn is Gloria, a shy divorcee and librarian living in San Francisco, back during the time when a librarian could afford to live in San Francisco. One day decides to follow a friend's advice to throw caution to the wind, asking out a stranger whom she helps out when his car breaks down. When they meet at the movies that night, however, he's been shot, and manages to blurt out a cryptic warning — "beware of the dwarf!" — before dying. She goes to get help, only to find that someone has taken the body before she can get back to her seat.

Suddenly embroiled in a lethal conspiracy, Gloria finds herself being hunted by various parties who are eager to find out what she knows and make sure she doesn't tell anyone else. Various complications — including a diminutive salesman (played by the legendary Billy Barty), albino assassins, a lecherous British bachelor (Dudley Moore) and Detective Tony Carlson (Chase), a handsome police officer assigned to investigate her increasingly bizarre story — ensue.

Hawn and Chase reunited two years later for Seems Like Old Times, a Screwball Comedy in the Tracy/Hepburn tradition.

Miller/Boyett also adapted the film as a short-lived TV series in 1981 starring Barry Bostwick and Deborah Raffin (who play Suspiciously Similar Substitute characters for the originals for some reason), with an instrumental theme tune based on "Ready to Take a Chance Again".