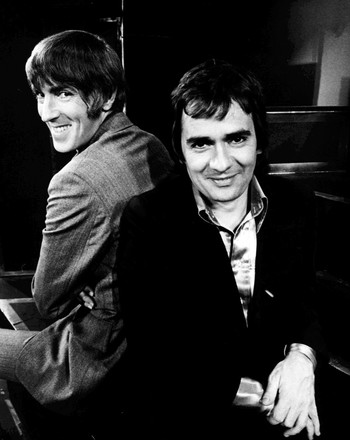 He and his comic partner Peter Cook first came to fame as key members of Beyond the Fringe. Their double act was subsequently parlayed into further stage revues, the long-running comedy sketch show Not Only... But Also, and later the rather extreme comedy duo in Britain known as Derek & Clive (this was used as a means of perfoming all the material deemed too extreme, or in too bad taste, for television). After their partnership dissolved in the late 1970s, Moore moved on to international success via Hollywood with the films 10 and especially Arthur (1981), the latter of which yielded him an Academy Award nomination for Best Actor.

On top of all this, having been trained as a classical musician at Oxbridge, Moore was also an acclaimed classical and jazz pianist whose improvisations were praised by some of the best.

If you were born between the 1980s and mid-1990s, chances are good that you remember him best as the narrator of the American dub of The Adventures of Milo and Otis, or as Spin (the host of the National Geographic video series Really Wild Animals).

Around the 1990s, his body began to weaken to the point that he could no longer act or play music. In 1999, Moore announced that he had been diagnosed with progressive supranuclear palsy, a neuro-degenerate disease with symptoms similar to Parkinson's.

In 2001, he was appointed a Commander of the Order of the British Empire, and was able to attend the service in a wheelchair.

He died in 2002 from pneumonia, a complication of his palsy.

Tropes set to improvised jazz rhythms by Dud include: