Film / The Adventures of Milo and Otis 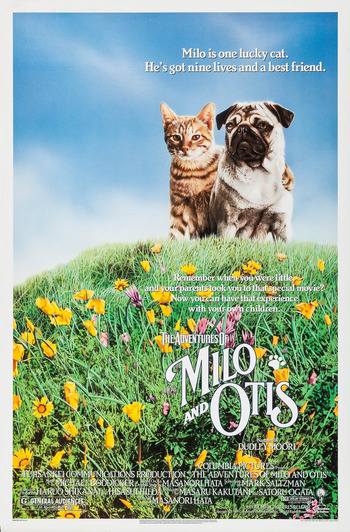 The Adventures of Milo and Otis (or Koneko Monogatari, meaning "A Kitten's Story" in its original Japanesenote It's also known in Japan as "The Adventures of Chatran".) is a 1986 film (released in the U.S. in 1989).

Milo is a curious orange kitten whose best friend is a serious pug named Otis. They live a carefree life on a farm where they spend their days playing hide and seek and causing mischief. All that changes though when Milo is swept away by the river and Otis must embark on an amazing journey to rescue his friend and bring him home.