Western Animation / The Adventures of the American Rabbit 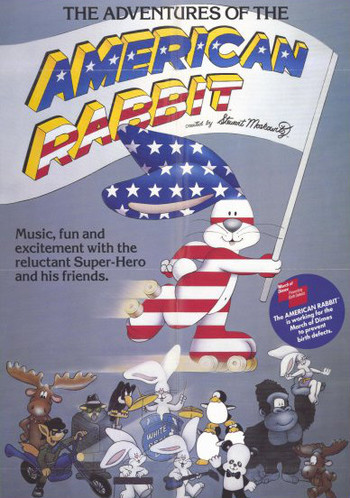 The Adventures of the American Rabbit is a 1986 American/Japanese animated film about a young rabbit named Robert, who becomes the titular superhero. Having inherited "The Legacy" bestowed to one particular resident of his village each generation, the athletic, musically gifted Rob sets out to San Francisco to protect others via his secret identity, while working as a rock group pianist by day. However, a gang of jackals led by the mysterious Walt is terrorizing the city. Robert and his new friends band together to stand up to them and restore what they ruin, and end up setting off on what becomes a cross-country journey to New York City, dogged by the jackals all the way as Walt's grand ambitions to Take Over the World become clear.