Western Animation / The Amazing Adventures of the Living Corpse 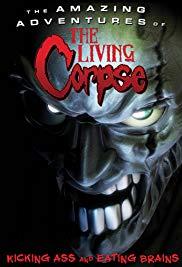 The Amazing Adventures of the Living Corpse is a 2012 American Superhero horror animated film, based on The Living Corpse Exhumed, a comic book by Ken Haeser and Buz Hasson..

When a group of zombies attack a family, one of them is shocked back to his senses by realizing that it's his family he's trying to eat. Having killed his wife and daughter before he awoke, the zombie wanders into the Underdark, where he learns what happened to his son. The government took him to a boarding school where he'll be trained in fighting the supernatural. Teleporting out of Hell, the zombie battles the undead to protect his son.

It was distributed by Anchor Bay Entertainment.