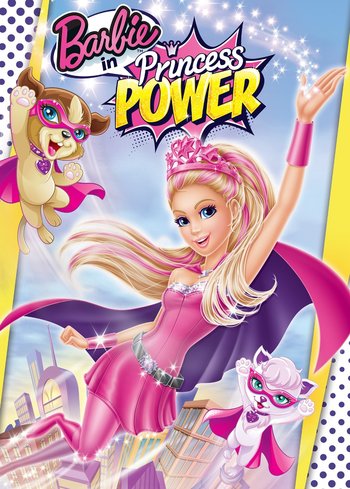 Barbie in Princess Power is a Barbie movie released in March 2015. It is preceded by Barbie and the Secret Door and followed by Barbie In Rock N Royals.

Barbie stars as Kara, a modern-day princess with a relatively everyday life who wishes she could do more to help her kingdom. After being kissed by a magical butterfly, Kara gains super powers and becomes the superheroine Super Sparkle, saving the day from criminals and natural disasters.

But Kara's jealous cousin Corinne catches the butterfly and transforms into Dark Sparkle, her rival. Intent on showing each other up, they must put aside their differences when the kingdom's real enemy attacks.

The power to change the world has been inside you all along.
— Barbie