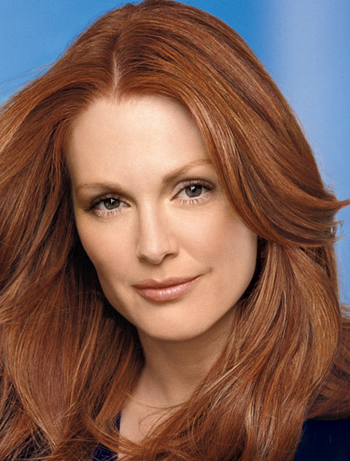 Julie Anne Smith (born December 3, 1960), better known as Julianne Moore, is a redheaded American-British actor and author. She has received an enormous amount of critical acclaim, including five Academy Award nominations. In 2015, she finally won for Best Actress in a Leading Role for Still Alice.

In 2019, the documentary show Finding Your Roots discovered that she and fellow actress Marisa Tomei are cousins.

She provides examples of