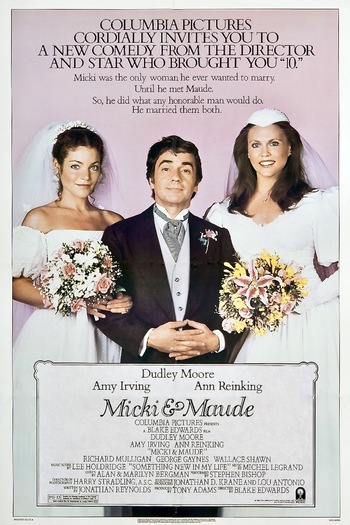 When television reporter Rob Salinger (Moore) feels stuck in his marriage to Micki (Reinking), he falls for Maude (Irving) during an interview. Maude tells Rob that she is pregnant, and he prepares to divorce Micki and start a new life with Maude. But Rob has a problem: Micki is pregnant too. Now a bigamist, Rob must balance his career, his two separate wives and his new responsibilities as a father while hiding the two women from each other.

Nominated for two Golden Globe Awards, with Moore winning for Best Performance by an Actor in a Motion Picture – Comedy or Musical.