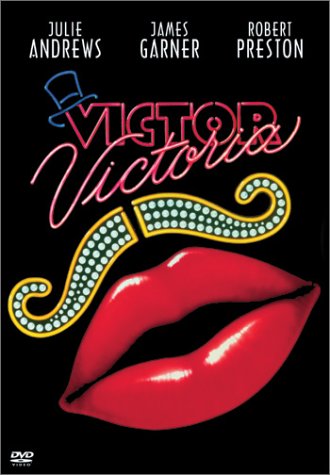 This 1982 musical comedy film, directed by Blake Edwards and starring his wife Julie Andrews as well as Robert Preston and James Garner, is the tale of a down-on-her-luck actress/singer who disguises herself as a man to take a job as a drag queen in 1930s Paris. Hilarity Ensues.

The film, which is actually a Foreign Remake of the 1933 German film Viktor und Viktoria, received a Screen-to-Stage Adaptation in 1995 which also starred Andrews and was directed by Edwards; a performance of this version was shot on videotape for a Japanese television broadcast and subsequently issued on DVD.

This film and its stage adaptation provide examples of: