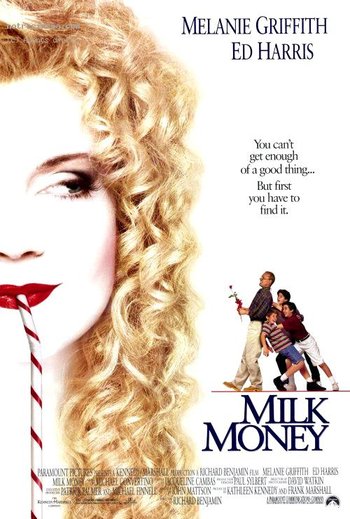 Three pre-teen boys decide they want to see a naked woman, and actually save money to hire a hooker for that purpose (apparently, they think that's all they do). They go from the suburbs to the city by themselves and meet one named V (Griffith), who accepts the deal. After the exchange, the children's bikes are stolen, forcing V to give them a ride home.

V's car breaks down in front of the home of the last boy, Frank (Carter), and he tells his widowed father (Harris) that she is a math tutor. He helps fix her car, but then she finds out that her pimp has been murdered—by a mob boss (McDowell) from whom he had stolen money. Fearing for her life (the mob is still looking for the money), V asks the kids to hide her, which they do—in their treehouse.

There is also a subplot about Frank's father being obsessed with saving a wetland.