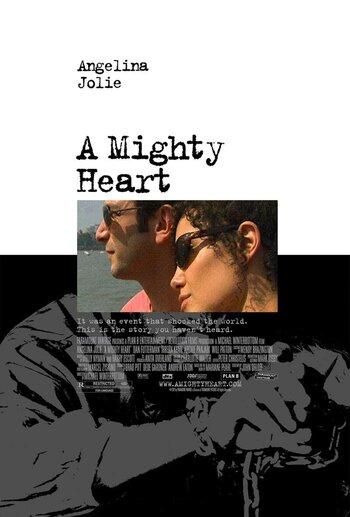 A Mighty Heart is a 2007 film adapatation of Marianne Pearl's memoir of the same name, dealing with the kidnapping and beheading of her journalist husband, Daniel Pearl, by terrorists in Karachi, Pakistan in 2002.

The film was directed by Michael Winterbottom, produced by Brad Pitt, and starred Angelina Jolie as Marianne Pearl, with Dan Futterman playing Daniel. It screened out of competition at the Cannes Film Festival, and although not a financial success, was well-received critically.

Given the major coverage of the story in the media, Daniel Pearl's death is a very tragic real-life example of It Was His Sled.