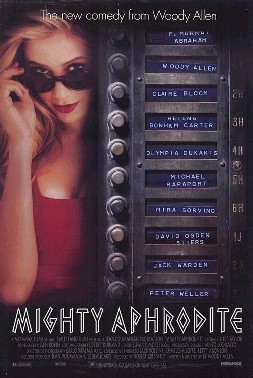 Woody Allen wrote, directed and starred in this 1995 comedy.

When he discovers his adopted son is a genius, a New York sportswriter (played by Allen) seeks out the boy's birth mother: a prostitute (Mira Sorvino, who won an Academy Award for her role).