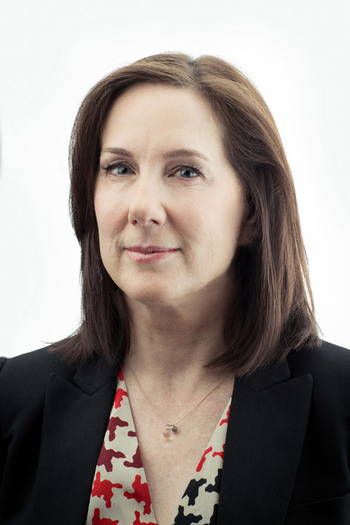 A co-founder of Amblin Entertainment with Steven Spielberg and husband Frank Marshall, she went on to produce and executive produce a number of hit films in the 80s and 90s, such as E.T. the Extra-Terrestrial, Back to the Future and the Jurassic Park franchise.

Since 2012, she is the president of Lucasfilm, and the brand manager of the Star Wars and Indiana Jones franchises, after The Walt Disney Company acquired the studio. She took the job at the personal request of George Lucas.

As Cracked puts it,

"Kathleen Kennedy is both the beginning and the end. The Alpha and Omega to your childhood and the childhoods of your children."