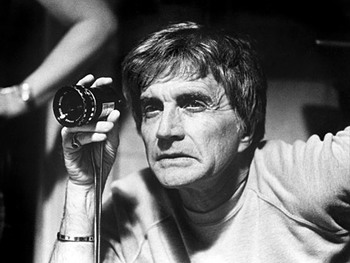 Born in Tulsa, Oklahoma, he grew up as the stepson of Hollywood production manager Jack McEdward (who was the son of silent film director J. Gordon Edwards). Edwards's first contribution to film history was as a bit-part actor in numerous films between 1942 and 1948.

Edwards co-authored screenplays for and co-produced the B-Westerns Panhandle (1948) and Stampede (1949). Around this time, he began to write scripts for and occasionally direct episodes of Radio Dramas such as Richard Diamond: Private Detective, and continued this type of work in television in the 1950s, where he was most successful as the creator of Peter Gunn. Edwards worked as a screenwriter on seven films directed by Richard Quine between 1952 and 1962.

Edwards started directing movies in the mid-1950s, and became best known as a director of comedy and/or suspense.

Edwards married Julie Andrews in 1969, while Darling Lili was in production. Their marriage lasted until Edwards died of pneumonia complications in 2010.