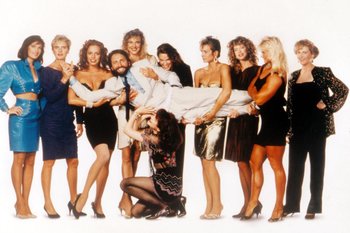 The comedy that glows in the dark...
Advertisement:

Zachary "Zach" Hutton (Ritter) is a successful author who has a weakness for alcohol and beautiful women. Zach's mistress walks in on him in the process of cheating on her with her attractive hairdresser, followed by his estranged wife Alex (Reed) discovering his mistress about to shoot him with his revolver. Following the breakup of those relationships, Zach engages in a long period of binge-drinking and solace-seeking with a string of women.