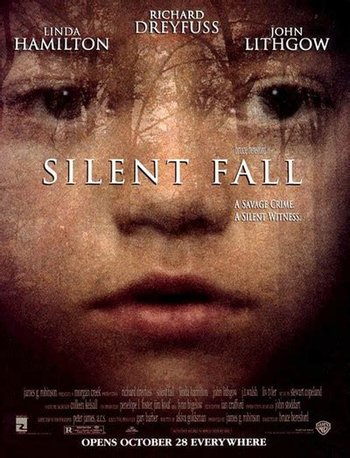 Fred and Darla Warden, a husband and wife, are found brutally stabbed to death, and the only witness is their nine-year-old autistic son Tim (Ben Faulkner). Jake Rainer (Richard Dreyfuss), a controversial child psychiatrist turned therapist, works with Tim to try to retrieve his memory of the event. He faces interference from Dr. Rene Harlinger (John Lithgow), who wants to treat Tim with drugs, and Tim's protective teenage sister Sylvie (Liv Tyler).