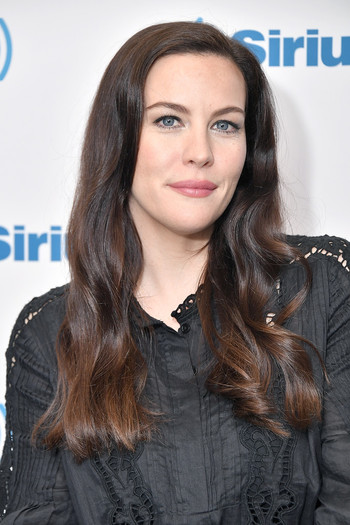 "I don't live a very polish life. There are no drivers waiting or people doing everything for me. I pretty much live like a normal person. It's not good to have a life without responsibilities, you know?"
Advertisement:

Liv Rundgren Tyler (born Liv Rundgrennote for Todd Rundgren, whom her mother (singer-model Bebe Buell) originally falsely claimed as her biological father, July 1, 1977) is an American actress who's probably best known as the daughter of Aerosmith frontman Steven Tyler, as well as for playing Arwen in The Lord of the Rings, and her roles in other movies such as Empire Records, Stealing Beauty, That Thing You Do!, Armageddon, One Night at McCool's, Jersey Girl, and The Incredible Hulk (as Betty Ross).

Not to be confused with the game-breaking cyborg bunny named after her.