Film / The Man Who Loved Women 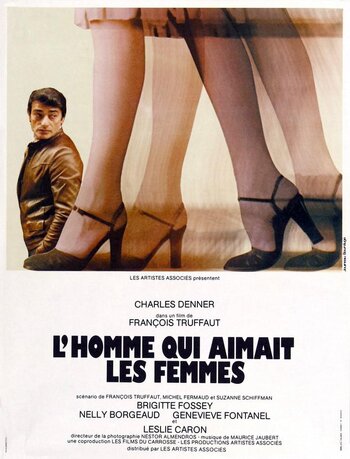 "Women's legs are like compass points, circling the globe and providing its balance and harmony."
—Bertrand Morane
Advertisement:

Bertrand Morane (Denner) needs to seduce all the women he meets. For example, he is charmed by a woman he sees briefly getting into a car, so he writes down the licence plate number, he crashes his own car and tells his insurance company he had an accident with the car driven by the woman. Unfortunately, this woman actually lives in Canada and stayed briefly in France. But she is just one of the many women Bertrand tries to seduce.

An American remake of the same name, directed by Blake Edwards and starring Burt Reynolds, Julie Andrews, and Kim Basinger, was released in 1983.

The Man Who Loved Women provides examples of: