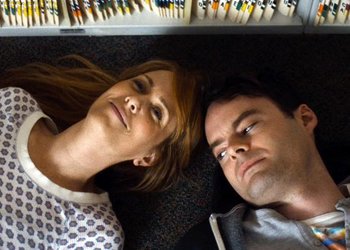 The Skeleton Twins is a 2014 dramedy film by writer/director Craig Johnson. It stars Saturday Night Live alumni Bill Hader and Kristen Wiig, as well as Luke Wilson and Ty Burrell.

Hader and Wiig play twins Milo and Maggie Dean, who have come together for the first time in years after both of them attempt suicide. Together, they confront their problems and what led to these events.