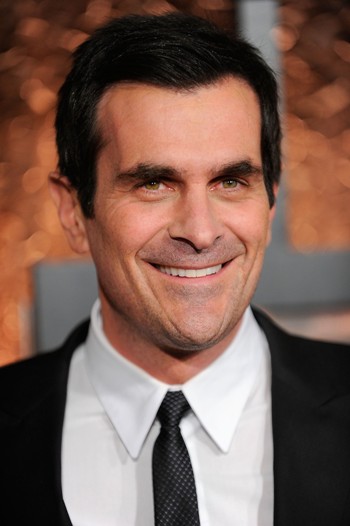 Tyler Gerald "Ty" Burrell (born August 22, 1967 in Grants Pass, Oregon) is an American actor and comedian. Although a seasoned character actor who has popped up in both comedic and dramatic roles, he's made it big with his role as Bumbling Dad Phil Dunphy in the wildly successful Sitcom Modern Family, for which he won the Primetime Emmy Award for Outstanding Supporting Actor in a Comedy Series in 2011 and 2014 and the Screen Actors Guild Award for Outstanding Performance by a Male Actor in a Comedy Series for 2013.