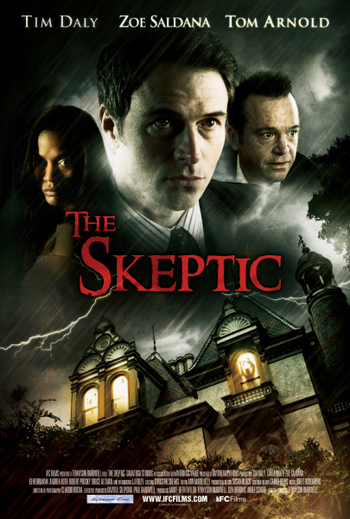 The Skeptic is a 2009 Psychological Horror film written and directed by Tennyson Bardwell, starring Tim Daly, Zoe Saldaña, and Tom Arnold in a story of a lawyer and confirmed skeptic who inherits a haunted house and has to confront the ghosts of his past.