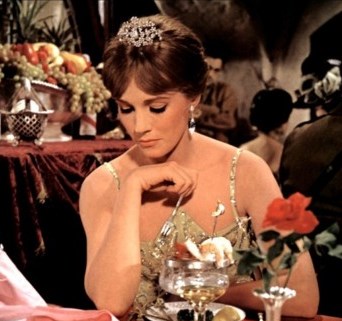 A 1970 movie musical set during World War I, directed by Blake Edwards, with songs by Johnny Mercer and Henry Mancini (as well as some authentic World War I hits).

Lili Smith/Schmidt (Julie Andrews), half-English and half-German, entertains London and Paris on the music hall stage while using her celebrity status to gather information from her military admirers. Her latest assignment is Major William Larrabee (Rock Hudson), an American Ace Pilot with access to vital information about how airplanes are changing the war. A chance reference to "Operation Crepe Suzette" makes Lili think she's stumbled onto an important secret; but the lead goes nowhere, and she begins to suspect instead that Larrabee is seeing another woman behind her back. The idea bothers her more than it really should ...

The production was plagued by problems at every step and only recouped a fraction of its cost at the box office. It has been to some extent Vindicated by Cable, especially with the release of a director's cut on DVD in 2007.