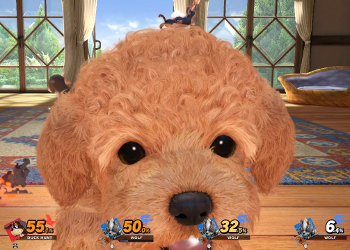 A good way to enhance the cuteness of a video and/or picture of an animal is to have the animal get close to the camera, and put its face right up to or around said camera, often sniffing the camera and/or sniffing around it.

The animal's face is likely to be much closer to the camera than the rest of its body, which makes the animal's head look bigger in comparison to the body than it actually is. A wide angle lens is usually used to enhance this effect.