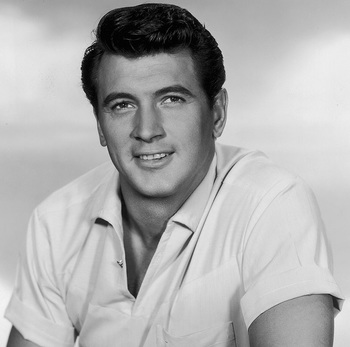 He was a prominent leading man in The Golden Age of Hollywood, achieving stardom during The '50s and The '60s in films such as Magnificent Obsession (1954), All That Heaven Allows (1955), Giant (1956) note For which he received a nomination for the Academy Award for Best Actor and a string of romantic comedies co-starring Doris Day in Pillow Talk (1959), Lover Come Back (1961) and Send Me No Flowers (1964). After appearing in action films including Tobruk (1967) and Ice Station Zebra (1968) during the late 1960s, he would later began a second career in television through The '70s and The '80s, starring in the popular mystery series McMillan & Wife.

Discreet about his private life throughout his career, Hudson was gay, which was well known in Hollywood by several colleagues. He died from AIDS-related complications in 1985, becoming the first major celebrity to die from an AIDS-related illness and making the disease rise to international conversation.