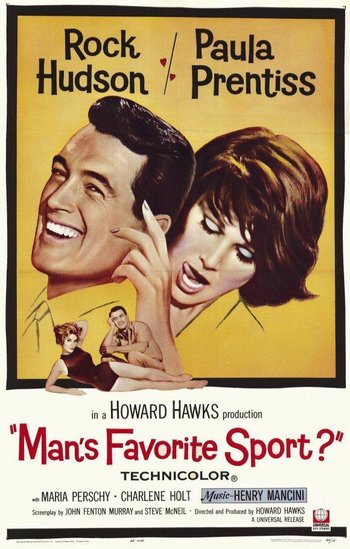 Roger Willoughby (Hudson) is employed as a fishing-equipment salesman at Abercrombie & Fitchnote which at that time was well known as a sporting equipment store in San Francisco, where he is regarded by his colleagues and clients alike as an expert fisherman. His boss decides to make him participate in a fishing competition, but he does not know that Roger has actually never fished in his life, which makes him an easy target for brash and flighty public relations woman Abigail Page (Prentiss).