Film / Written on the Wind 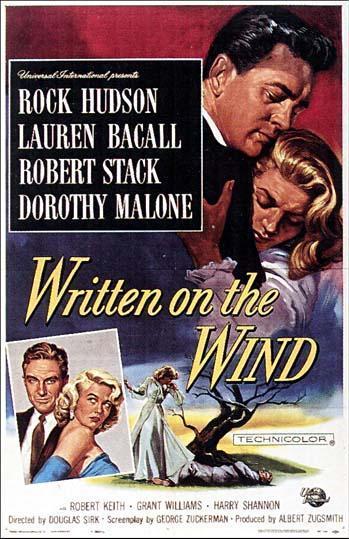 Alcoholic playboy and son of an oil baron Kyle (Stack) is introduced to his father's company's executive secretary Lucy (Bacall) by his childhood friend Mitch (Hudson). The two quickly hit it off and get married. Mitch however also loves Lucy, and is in turn loved by Kyle's promiscuous sister Marylee (Malone).