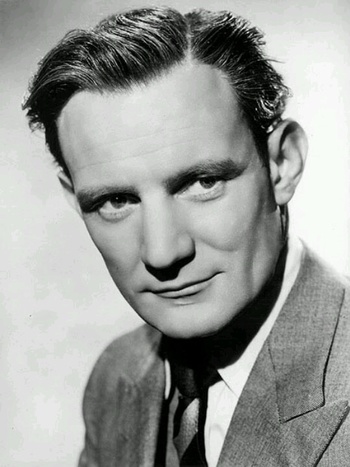 Howard studied at the Royal Academy of Dramatic Arts (RADA) in the 1930s and began a stage career before World War II intervened. He served in the Royal Signal Corps, though the nature of his service remains controversial. In his lifetime, Howard was regarded as a war hero; it was posthumously revealed that he was discharged for mental instability.

Howard began acting in films with 1944's The Way Ahead and 1945's The Way to the Stars. He came to the attention of David Lean, who cast him as Alec Harvey in Brief Encounter opposite Celia Johnson. Howard followed this with another Lean collaboration, The Passionate Friends, playing a similar role. Despite becoming a star as a romantic lead, Howard was soon typecast as military officers.

Arguably Howard's most famous role is the unflappable Major Calloway in Carol Reed's The Third Man, which provided the template for his career. In movies like The Cockleshell Heroes, The Key and The Roots Of Heaven he exemplified the Stiff Upper Lip British officer. Howard played against-type as the eccentric Anti-Hero of Reed's Outcast of the Islands and cameoed in Around the World in 80 Days (1956). In 1960, he earned a Best Actor nomination for Jack Cardiff's Sons and Lovers.

His notable performances in the '60s and '70s include Captain Bligh in Mutiny on the Bounty, Colonel Fincham in Von Ryan's Express, Lord Cardigan in The Charge of the Light Brigade and Father Collins in Lean's Ryan's Daughter.

Increasingly relegated to character parts, Howard looked to independent movies for leading roles. He played a Cheyenne Indian in Windwalker and the title character, a depraved aristocrat, in the surreal comedy Sir Henry at Rawlinson End. He also did a lot of television work; among other roles, he played George Frideric Handel in John Osborne's 1985 teleplay, God Rot Tunbridge Wells! His final role came in the 1988 horror movie The Unholy.

Howard's appeal and screen image were well-summarized by Richard Attenborough, director of Gandhi, who said that he needed an actor to play Judge Broomfield who could convey British justice and fair play with a minimum of screen time, and naturally turned to Howard. That said, he was equally adept at scenery-chewing villains, as his roles as Captain Bligh and Lord Cardigan demonstrate.

To the public, Howard was known off-screen for both his fondness for alcohol and obsession with cricket. His contracts included a clause to excuse him from filming whenever a test match was in play. To directors and fellow actors, however, Howard was almost universally regarded as one of British cinema's most friendly and hard-working stars. He was married to actress Helen Cherry.

Trevor Howard works on this wiki: