Film / They Made Me a Fugitive 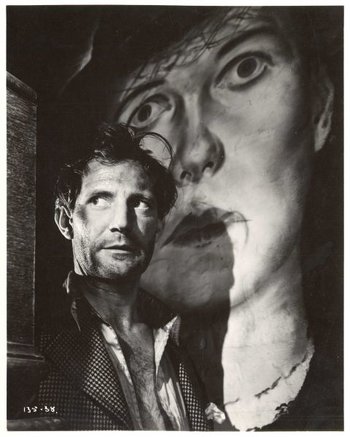 The man they made a fugitive.
They Made Me a Fugitive (1947) is a British Film Noir, starring Trevor Howard, Sally Grey, and Griffith Jones. It was directed by Alberto Cavalcanti.
Advertisement:

Knowing he’s been framed, Narcy’s ex-girlfriend, Sally (Grey), visits Clem to see what kind of man he is and whether she can help her plan to have Soapy (Jack McNaughton) confess that it was Narcy who actually killed the man.

But Clem doesn’t trust Sally, and he breaks out of prison to find justice for himself. But along the way, he gets into more trouble and eventually needs Sally’s help.