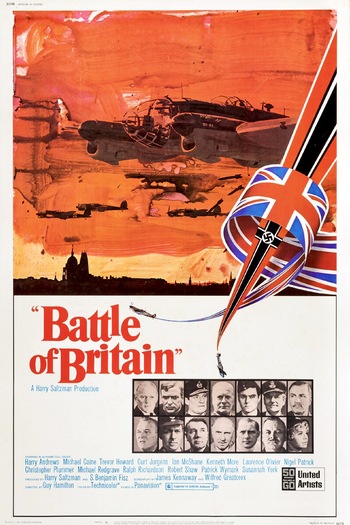 "What General Weygand called the Battle of France is over. The Battle of Britain is about to begin."
— Prime Minister Winston Churchill
Advertisement:

It was a major attempt at historical accuracy, sourcing a massive number of real planes (100) and costing a great deal of money to make. It still has a few inaccuracies, notably using some Composite Characters and over-emphasising the Spitfire's role due to a lack of available Hurricanes. A number of names are also fictionalised.

Battle of Britain provides examples of: