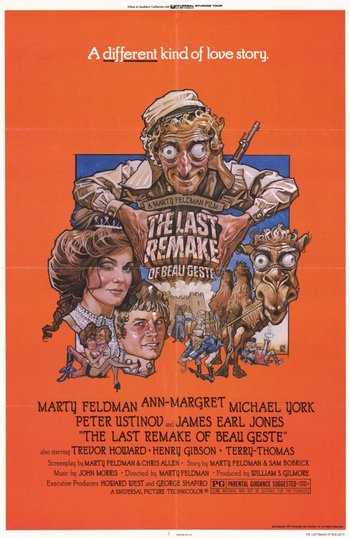 It's a Parody of the classic adventure novel Beau Geste (though, by Feldman's own account, he got Beau Geste mixed up with The Four Feathers, which was what he had originally intended to spoof) and the movies based on it. The movie was severely cut before its release; Michael York has commented in interviews that Feldman's original version was much funnier than the released version, and Feldman himself wrote to a critic at the New York Times to advise him that the version of the film he had seen (which, in fact, he had given a rave review to) was not the version that Feldman had made and wanted to release.