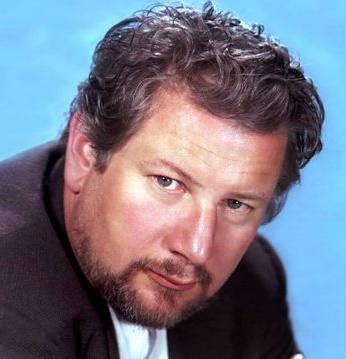 "I was irrevocably betrothed to laughter, the sound of which has always seemed to me the most civilised music in the world."
Advertisement:

In short, a prime example of Renaissance Man. A very witty and very knowledgeable one at that.

He earned his first Oscar nomination for his role as Roman emperor Nero in the 1951 adaptation of Quo Vadis. This was followed by two Oscar wins in the Best Supporting Actor category, for Spartacus (the only Oscar ever awarded to a performance in a Stanley Kubrick film) and Topkapi. He also received numerous other accolades including three Emmy Awards for his performances in Omnibus: The Life of Samuel Johnson, Barefoot in Athens, and A Storm in Summer. He also won a Grammy for his narration of Peter and the Wolf. He never did win a Tony sadly, although he was nominated twice for his 1958 play Romanoff and Julie as both the playwright and actor. Among his many other roles, he portrayed Hercule Poirot five times, starting with Death on the Nile in 1978.

In his later years he scaled back his acting career doing charity work for UNICEF as Goodwill Ambassador.

Works with pages on this wiki: