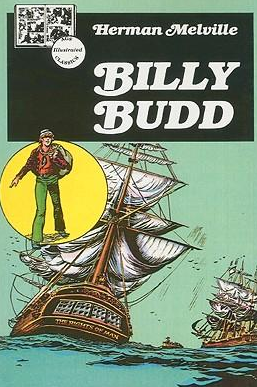 Herman Melville, in the last years of his life, wrote a sad tale about the Handsome Sailor

. Published posthumously in 1924, it also inspired a movie

(directed by Peter Ustinov), as well as an opera by Benjamin Britten

And it's full of tropes.