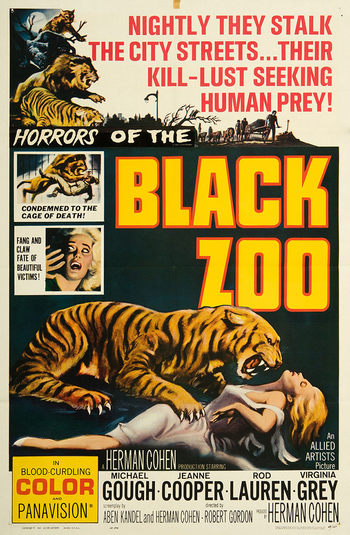 Black Zoo is a 1963 American horror film produced and co-written by Herman Cohen, and directed by Robert Gordon.

Michael Conrad (Michael Gough) is a private zookeeper who owns Conrad's Animal Kingdom. He leads a cult group who literally worship the animals he tends — especially the big cats: a lion, a lioness, a pair of cheetahs, a tiger, and a black panther; as well as a gorilla. Conrad plays organ music to the animals in his living room, and uses them to kill anyone who gets in his way. Conrad is married to Edna (Jeanne Cooper) and forces his mute son Carl (Rod Lauren) to assist him.