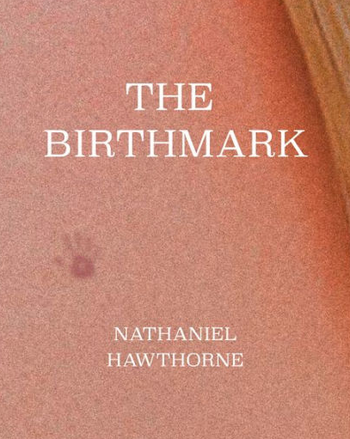 "The Birthmark" (also published as "The Birth-Mark" and "The Birth Mark") is a Short Story by Nathaniel Hawthorne, first published in the Pioneer magazine (March 1843 issue).

Aylmer, a scientist, becomes obsessed with the birthmark on his otherwise beautiful wife Georgiana's cheek. As time progresses and Aylmer grows ever more obsessed, Georgiana begs her husband to find some way to remove it. However, the cost of perfection may be higher than would be wise for them to pay.